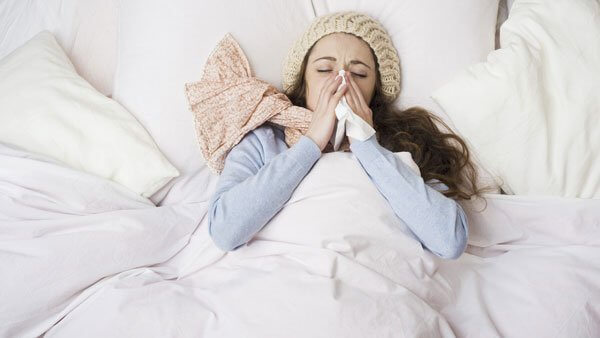 I can no longer count on two hands how many diseases, infections or life-threatening illnesses the internet has claimed I’ve had. You can type out your symptoms and, two external links later, ‘doctoress365’ on some bulletin board claims you’re lucky to be alive and you probably should’ve died last week. Probably in this week alone, about 80% of the UK have contracted anaemia, osteoporosis and glaucoma, thanks to an internet diagnosis forum. But, really, we’ve all just had an unfortunate incident of sun stroke with an unordered side-portion of hayfever from the rare burst of British summer. Thus causing dizziness, fatigue, a case of puffy-eyed blindness, or just suffering a serious disbelief that the thermometer on the dashboard has actually managed to creep into the 30s in England… yes, England!

Diagnosing ourselves with the first illness to appear online is far from uncommon. In fact, one in five of us are now turning to the internet to deal with our health issues. This could be due to GPs’ unavailability, or perhaps realising you are maybe over-dramatizing your illness and you really do just have a common cold, so you choose to diagnose yourself online instead of visiting a doctor to save any awkwardness.

When research was conducted for the UK Digital Health Report, it concluded that, on average, we are more likely to Google our symptoms before consulting our partner, family or friends – or even consulting a professional GP or pharmacist. Within this same research, 47% were not prepared to give up the prospect of sleeping in for an extra hour, in order to see their doctor! Must be that chronic fatigue kicking in…

Private companies and other organisations, including the National Health Service, have launched their own symptom checkers which serve two main functions: to facilitate self-diagnosis and to assist with symptoms that require urgent attention or not. However, the NHS’s symptom checker doesn’t offer a diagnosis, only providing triage advice.

Not that internet diagnosis and communal health forums can’t be reassuring, as you come to realise ‘lushlifeoxo’ has the exact same symptoms you’ve listed and has confirmed that you did just have too much wine last night and it isn’t your eyeballs spinning loose from their sockets from some optic nerve damage. However, ‘Googling’ symptoms is only estimated to have a 64% success rate in identifying an emergency as opposed to the 87% successful identification rate that symptom checkers have.

So just ensure your self-diagnosis is coming from a trusted source when you decide to use a search engine to research your symptoms. No matter how hard the third-party website doctor website tries to convince you otherwise. But just double check that the raised mark on your cheek is in fact just a bit of chocolate, and not a mole to worry about – that really could cause an unnecessary skipped lie-in!

In this article:google, health, internet diagnosis, well being

Pop-punk legends get into the Xmas spirit!