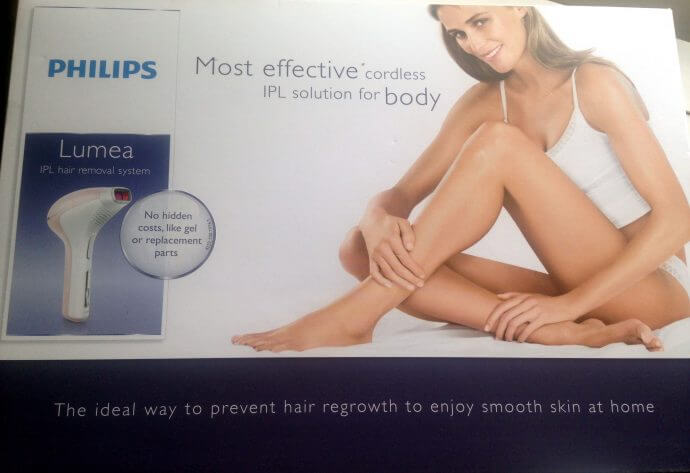 During last year’s Amazon Prime event, which played host to hundreds of amazing discounts, I bit the bullet and invested in a Philips Lumea IPL hair removal system. Discounted from around £400, I bagged the Lumea for £280 (though a year on, this particular model, the SC2004/11, is now available for £212.99). For me, this was a pretty hefty financial commitment. Though I’ll admit to being coerced into the cult of Clarisonic in the past, I’m not usually one to throw my money around on ‘beautifying’ gadgets. I’ve accrued thousands of pounds of student loan debt and I’m more of a Sainsbury’s Basics than a M&S kinda gal. It’s 2016. I know it’s not cool to spend £280 on a snazzy hair removal device.

Or is it? I chose to give Philips my money because, admittedly, I was sucked in by all of the glowing reviews and YouTube videos from beauty bloggers, all of whom sang the Lumea’s praises. The Lumea’s packaging proclaims the cordless device is “the ideal way to prevent hair regrowth to enjoy smooth skin at home,” as it promises to give you at least 75% of regrowth reduction in the space of eight weeks. As someone with skin so sensitive that they’ve never been able to shave their legs without breaking out in a rash, and someone who would rather cry than douse themselves in acrid-smelling hair removal creams that offer a patchy result at best, I’d actually been researching salon-based IPL for a while. Was the Lumea the answer to my prayers? Here’s my verdict. 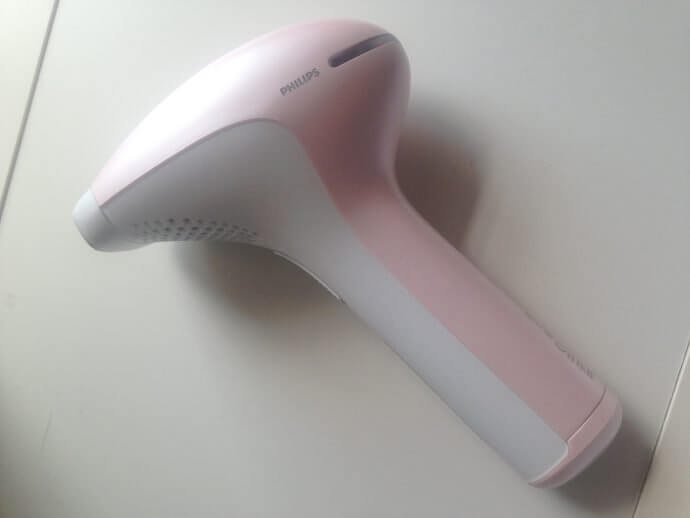 What does it do?

IPL stands for ‘Intense Pulsed Light’, and it’s these light pulses that supposedly work their way down the hair shaft and kill hair at the root, thus allowing the hair to shed naturally… and not grow back. IPL is more semi-permanent than permanent, as sessions need to be undertaken regularly to fully inhibit hair regrowth. Initially, you’ll need to zap yourself with the Lumea once a fortnight over the period of 8-10 weeks. After these initial 4-5 sessions, Philips claims you’ll be hair-free. After this point, you can cut back the treatments and just ‘top up’ every few months.

Is it hard to use?

The Vine above, I hope, makes two things clear: firstly, this thing is glaringly easy to use and, secondly, my career as a vlogger isn’t about to take off any time soon. Anyway, simply charge up the Lumea (this can take a good six-to-seven hours if the battery’s completely dead), click your way to your preferred light intensity setting, then press the device against your leg until the light window at the back turns green. The green light indicates that the device is positioned correctly, and at this point you can ‘flash’ the hairs away. Philips says that you should be able to cover both of your legs, in full, in 30 minutes. I tend to find I’ve covered both legs during the length of an episode of Gilmore Girls – longer than 30 minutes, but I feel 30 minutes is difficult to nail down if you want to be thorough with the Lumea. I learnt early on in the treatment process that speeding up the process makes for some unsettlingly patchy regrowth. You’ve been warned.

Philips advises using a white eyeliner pencil, or something of that ilk, so you can draw lines down your legs with it and then use this as a tracking guide – if you have the time to do this, I would recommend it. You’ll need a white eyeliner pencil, anyway, to mask any moles on your body from the light treatment, so it’s worth heading down to Boots to invest in one before you get started. 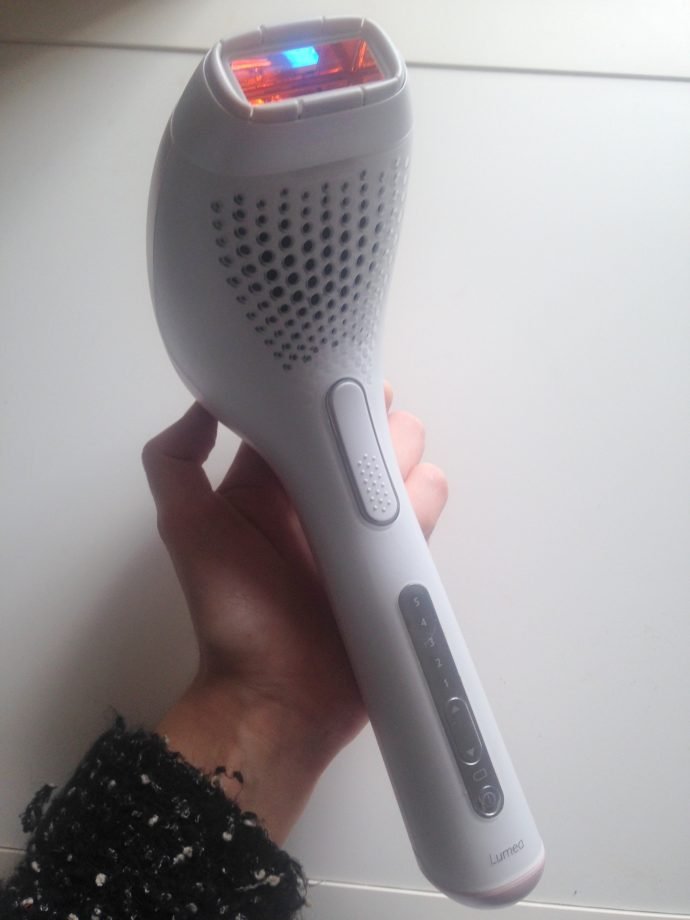 Before the Lumea, the only hair removal method I could deal with was waxing. Waxing is a lot more painful than IPL. Ditto for epilation. Many bloggers have written about the Lumea’s pain level being like a rubber band snapping against the skin but, honestly, 90% of the time I feel nothing, and I use setting 5, which is the strongest. Everyone has a different pain threshold though, so I would advise easing yourself in gently. For me, the most painful part of using the device is the prepping required beforehand, because you need to shave any areas you’re about to treat. No waxing allowed. SOS. For my first ever IPL session, I had to deal with the pain of cutting my legs open with a razor (don’t tell me to buy a more expensive razor/shaving cream – I have done and it still happens every time), blasting them with warm red light and then spending the next few days feeling extremely raw and itchy. Now several sessions down the line, I still have to deal with the discomfort of pre-IPL but, as my hair regrowth has been pretty much knocked on the head, I at least no longer have to deal with the awfully painful process of letting your hair grow back after shaving. 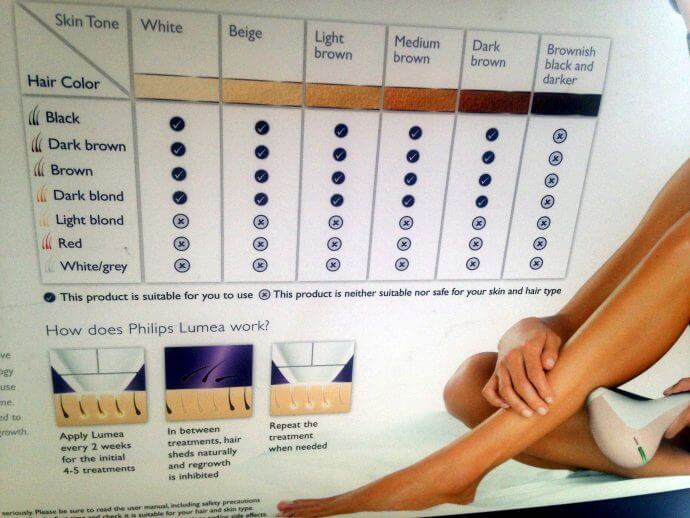 Who is the Philips Lumea best suited to?

The chart above is pretty self-explanatory. Sadly, IPL (at least in this form) isn’t suitable for all skin or hair colours. If you have pale, Caucasian skin and dark body hair then congrats, you are an ideal candidate for IPL! If you have dark or heavily tanned skin, or grey, red or light blonde body hair, unfortunately you will have to give this one a miss. Philips is just trying to keep you safe, though, as darker skin types absorb far more light energy, thus using the Lumea could really mess up your skin and your health. Scary. If your skin or hair colour won’t work with the Lumea but you’re still keen to try IPL, consider consulting a specialist doctor or practitioner. 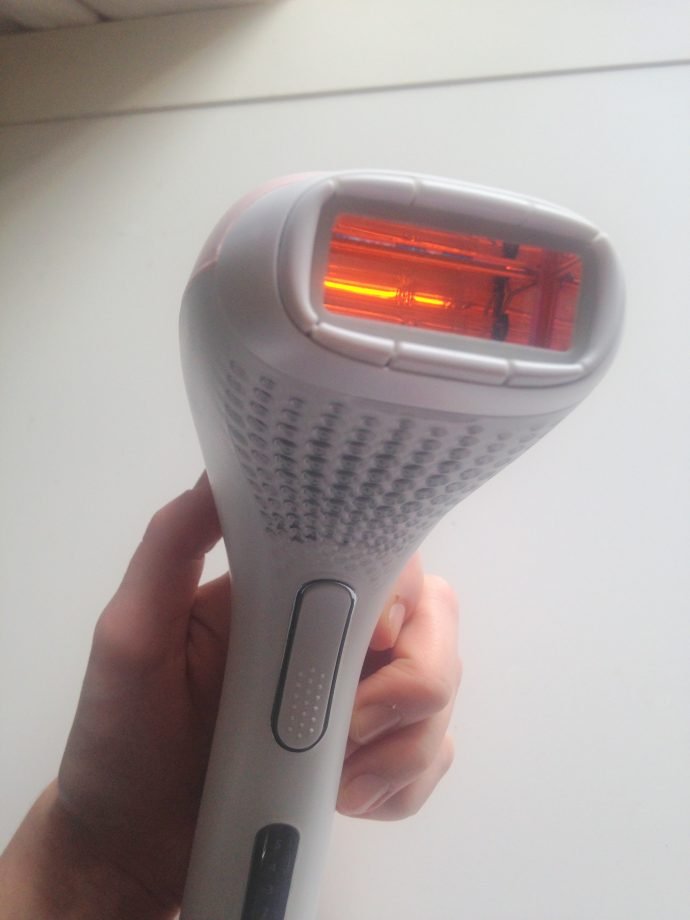 Honestly, is it worth the money? Does it work?!

Pros, in short: A potential life-saver for those who can’t deal with shaving, waxing or ingrown hairs; works beautifully if you can keep up with the treatments; a pretty much painless hair removal method.
Cons, in short: Not suitable for all skin/hair types; not ideal if you sunbathe, use sunbeds or have a thing for fake tanning; you have to say goodbye to waxing if you want the treatment to work.

I’ve been using the Lumea for about a year now so, theoretically, I should be able to sing its praises. But while I can say that, yes, it really does inhibit your hair regrowth, I can’t vouch for any of its claims of permanence. I haven’t been able to use the Lumea enough to be able to see the long-term results – not because I’m lazy with treatments, but because I haven’t been able to zap myself every couple of weeks because I can’t do it while I’m tanned. I’ve been abroad four times since purchasing the Lumea, returning each time a slightly darker shade of tawny as my yellow-toned skin tans pretty swiftly when taken out of grim England. To add to this, over the last few months I’ve also been reaching for the gradual tan to top up the natural tan on my legs (er, it’s wedding season), and any sort of fake tanner is a no-no when you’re undergoing IPL treatment. You also have to wait 48+ hours after sunbathing until the Lumea’s safe to use again. All in all, if you like using fake tan and/or you go abroad and sit in the sun a lot, finding the time to use the Lumea is a bit of a pain and it will take you a lot more sessions, on a more sporadic basis, to achieve notable results. My other complaints? If hate shaving and are trying IPL to avoid having to shave ever again, it sucks that you are forced to shave before treatments. In the early treatment phases, not being able to wax between treatments is also annoying – this only applies during your first few sessions with the Lumea, though, as you won’t be bothered about waxing once you notice that your leg hair is shedding (possibly the most satisfying thing in the world).

Besides my gripes, there are a lot of good things to be said about Philips’ Lumea. If you can find the time to fit in the treatments – and, honestly, 30-40 minutes every fortnight isn’t much of a commitment – you will see results. If you can’t be bothered with shaving, are prone to ingrown hairs, or have grown tired of the ‘in-between’ period of letting your hair grow out between waxes, IPL is definitely worth a shot. Because of my tanning habits it’s taken me a lot longer than 8-10 weeks to see impressive results besides a bit of patchiness, but perseverance has been worth it. 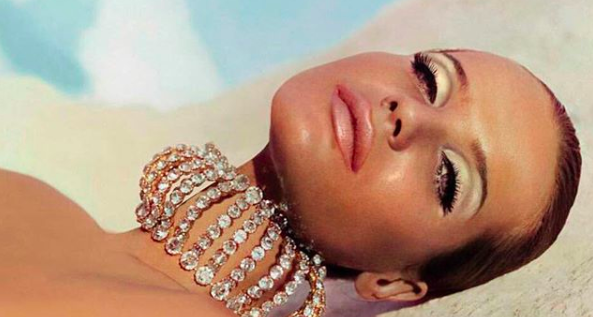 Foundation disintegrating by 11am when the heat rises? We've got your back. 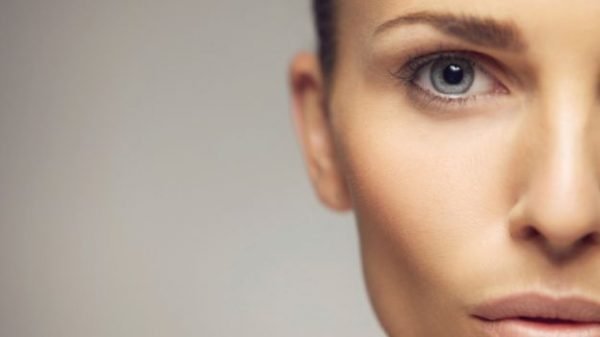 Is Collagen the Key to Anti-Ageing?

As collagen depletes as we age, is supplementing it the key to getting that 'baby-faced' finish back on our faces? 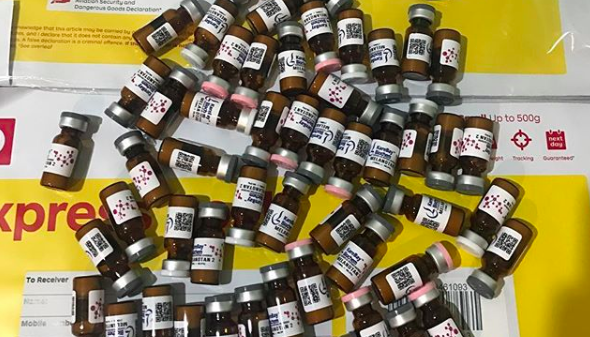 The Dark World of Tanning Injections

How far would you go for a tan? We uncover the grim truth about tanning injections. 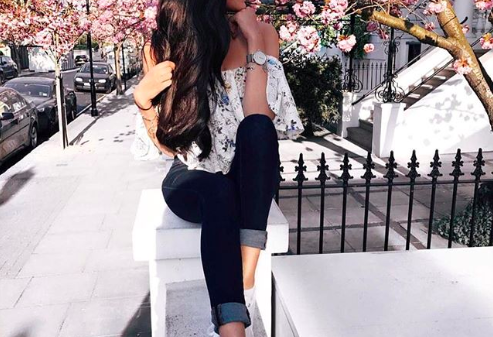 What does wearing hair extensions – or choosing not to – say about us?