Whether they’re playing with the dog, hat, boot or otherwise, Monopoly will unfortunately always bring out two types of players: spenders and savers.

Spenders will buy every single property possible, with no tactic in mind, until they’ve no money left. Even Electric Avenue, which, who knew, could become a secret dark horse of earnings. But when it comes to landing on an opponents’ hotel on Mayfair, the game then becomes an array of red mortgaged cards as they desperately try to collate the hundreds of Monopoly money they owe to the now very smug proprietor of the most expensive property on the board.

Savers will merrily potter around the board, buying next to no property and saving money the entire way round, ensuring enough is held safe for the income tax square. 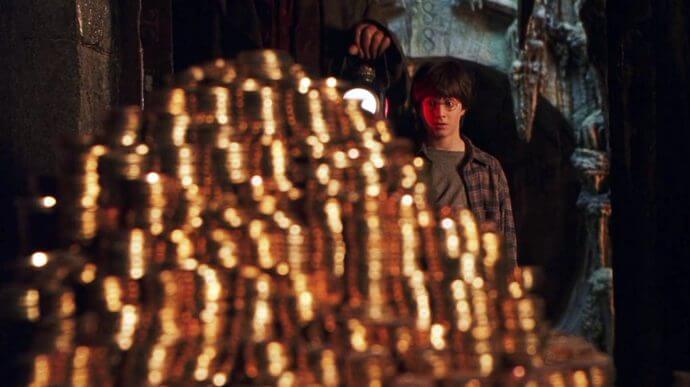 Whether you’re hiding your paper away in the deep body crevices of your foam mattress, remaining forever the optimist in our banks and securing your sterling in a not-so-reassuring interest rate savings account, or still just hoping your parents have left a hidden chamber of gold in the underground vaults of Gringotts, there is probably no real right or wrong way to how people should chose to filter their money.

In light of Britain’s recent political and economic events, while witnessing the strength of the pound taking an almighty plummet, I’d expect that most of us have been clutching on to our sterling for dear life and treating it better than we would gold dust. Though it’s still early days, rest assured, it looks as if we are beginning to see an opening to the dark tunnel, revealing some light at the end of the gold mine, as the GBP slowly makes it way towards an upward and steady trend again.

Money is a hard-earned asset that, let’s face it, is better well spent, either on impulse on a pair of shoes you know you’ll only ever wear once – but they’re in your size, on sale and they’re Kurt Geiger, so of course you’re going to buy them – or used further down the line for purchases that you’ve been saving up for.  Unless you’re digging ever deeper into your interest-free student overdraft and making no attempt to try and amend this dilemma of debt, spending money is part of our everyday lives. It’s what makes the world go round, and it’s generally what wakes us up each morning so we can actually earn money to eventually spend later.

Okay, so bills do need to be paid and it would be nice to perhaps consider the idea of saving enough for a mortgage… but holidays, nice clothes and spontaneous date night outings create happiness and potentially life-long memories.  Such things like these won’t just come and go like money will, so perhaps just spend or save where you will… just try not to stress!

FORWARDS CHALLENGES THE ROLE OF THE MODERN-DAY FESTIVAL | REVIEW

She smiles biggest when she rides my tractor